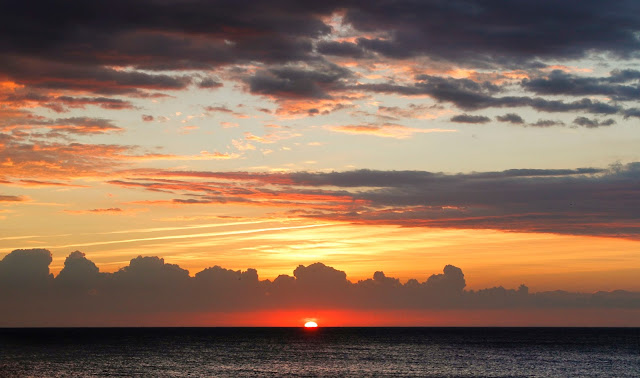 Got down to the water before first light to see if anything chasing bait and rolling in the surf. Didn't see much life until the sun came when the birds, and boats, started to do their searches. Found bunker en masse with an occasional spray as something, probably bluefish, ran through them. Had the fleet with a mix of small and party boats stopping to snag and drop and jig around the pods. I would guess to say that a surf caster couldn't reach them, even with a heavy snag hook.

The birds did come within casting range as some smaller baits were being chased around most likely by hickory shad or cocktail blues. I tried to leave several times, but was always called back when the birds would seem to appear on the beach. I couldn't help but think of the end of last October leading up to Blitz-O-Ween 2014. I think that's what kept me around for hours this morning.

I'm liking what I see on the beaches as far as the return of structure and some fishy water post blow two weeks ago. There's points, bowls, bars and the occasional jetty tip starting to break through the pumped up sand that has destroyed the fishing grounds. One thing is for sure is that angler need to scout out locations, even their home waters are now totally different. Low tides are always a great time to check for structural changes.
Fall is here, and so is the run. Albies came through in good numbers for boat and surf casters. There have been good sightings and reports of bass making there way down crashing on the bait and tagging behind the bunker schools. The only thing I hate about all the bunker is the all-or-none fishing that it presents for the fly rodder. Snag and drop and big plugs get the fish, especially when casted 1,000 feet off the beach. Unless the fish are on small baits, like peanuts and spearing, the fly anglers do a lot of watching and waiting for a good shot. 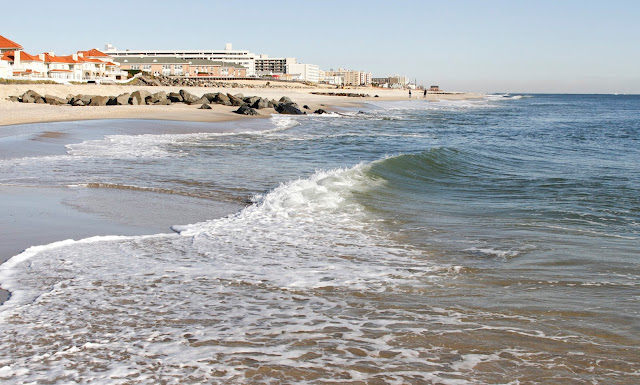 Posted by The Average Angler at 1:12 PM