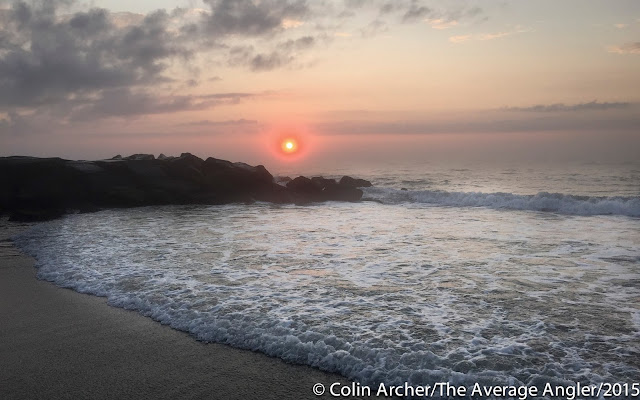 Beautiful morning out along the Jersey Shore today. The weather has been stellar and the conditions are starting to look really good. Last week we spent our family vacation down in Wildwood and it great all the way around. Wildwood Crest beaches have to be the nicest in the state.

Even though I am jammed with so much going on I made it a point to get out this morning. I have to admit I went a little half-cocked.  Didn't check my gear, nor the tide, I just went. Having done so I would made sure that I had the right rod/reel combo, a few Bangers, and would have the timed the tide a bit differently. 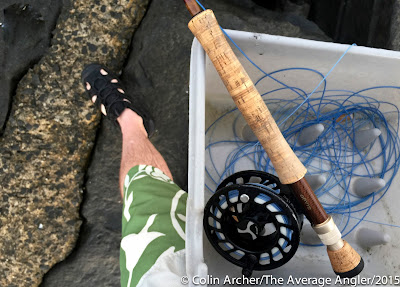 Dead low was at 430 and I was on the beach before 5. I would have liked to get there are 3 to catch more of the ebb. I started with a small black eel fly and stayed with it until light when I switched over to a chartruese and white Deceiver. I saw some bait in the water but no sign of predator fish. There was one other angler out and I could barely make him out in the low light. When I got down he was hooked up, and landed another just shy or keeper sized bass before he left with the arrival of the light. He was spinning and throwing topwater baits.

Made my way south and met up with Rich who was trying for some fluke. He had five bass yesterday all on topwater, so the fish are starting to move in as the bait is starting to move out. The water temps are hovering around 70 and things should get better as the water cools down and the bait starts to move. It's starting to feel a little like fall, outside of the 85-90 degree days we've been having.
Posted by The Average Angler at 8:53 AM