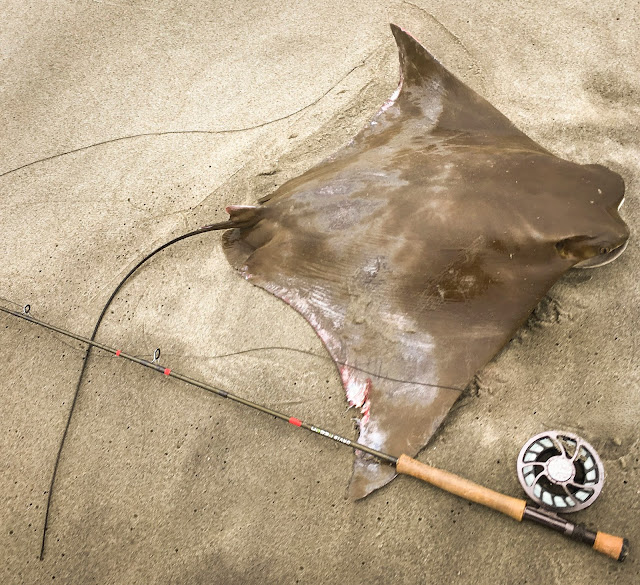 So Leif, freshly back from Montana, has been feeding me good reports coming off the full moon. I couldn't wait to get there this morning and was up at 1 am and then 230 am and then out the door. Spent the dark and into light trying to pop up a bass with no avail. Did find the little bluefish that kept taking the smaller trailing fly. 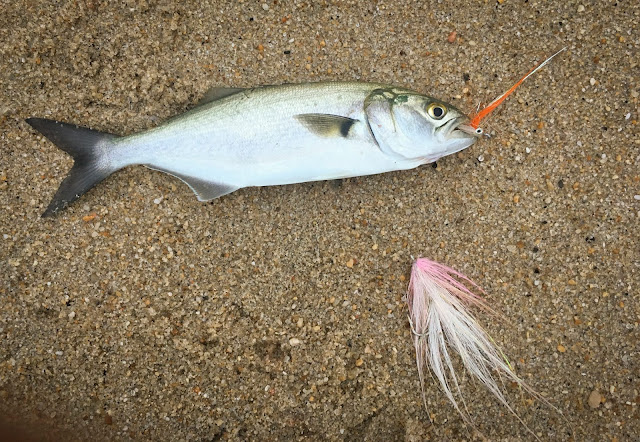 I fished hard up and down the beach but couldn't find anything but little blues and little fluke. I outlasted Leif and Rich who them selves had an uneventful morning. It's summertime. South winds have shoaled up the south sides of the groins. Troughs are more in between the groins than along it. 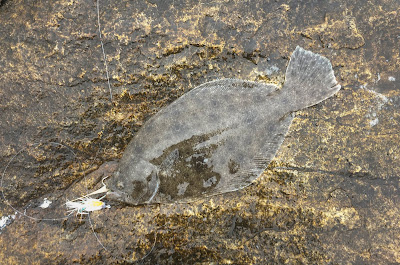 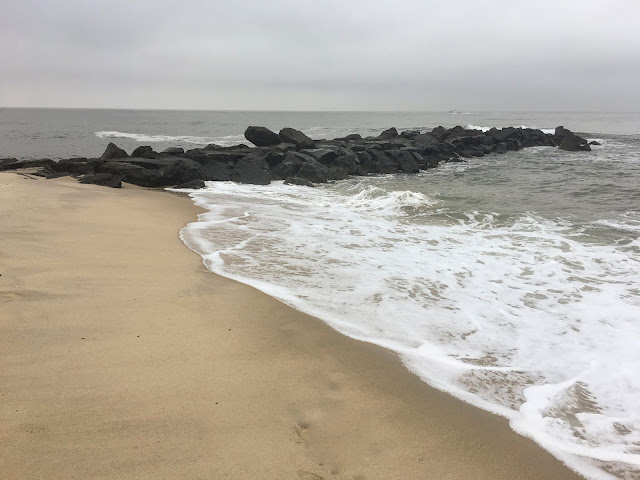 The north sides are were the water is. So right before leaving I was perched on one of the last best beach end groin rocks looking to find a fluke. Out of the corner of my eye I saw a brown flash and then watched as the cow nose ray went up and down the trough between the rock and an outflow pipe. I made some casts and didn't spook him and continued to watch. I knew I was going to catch him. 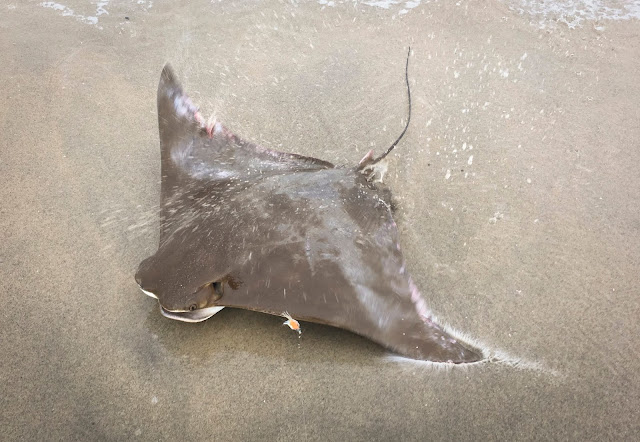 \
With one good leading cast he took the smaller trailing baitfish fly, which surprised me, as the rays are big into mollusks. My AMC "Archer Mole Crab" set deep into its wing so I had it in the mouth and wing. It was about a 20 minute fight with me doing anything I could to keep him in the trough as best as I could. Luckily it was still incoming and I was able to get a few good waves to help me beach it. These things are strong and will test your skills as well as the rod, reel, line and knot, and the hook as well. It swam off strong leaving me a little tired and my arms sore. 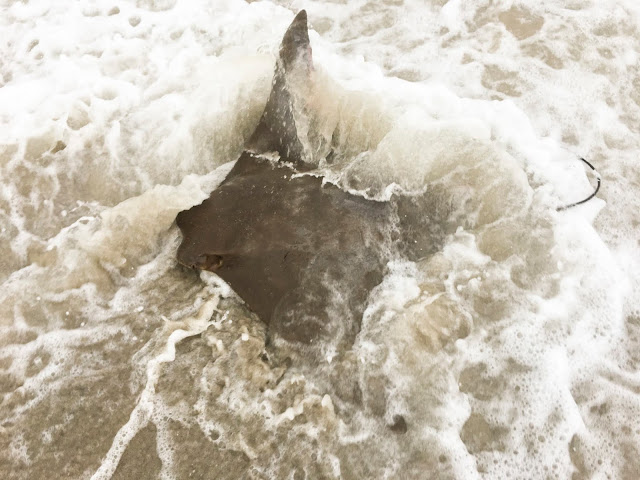 So its summer. Could be did, could be good. Could have life, could be dead. Might find a fluke, a bass, a cow nose ray, or some bluefish. Don't let me forget the Spanish mackerel also, saw them today as well. Also saw pods of bunker getting harassed from below and from the air.